The generator business initially approached Efficio to better understand why the relocation of its UK manufacturing facility to South Eastern Europe didn’t yield the expected savings. However, a more fundamental review discovered other aspects of its procurement programme that needed a remodel.

A thorough assessment of the client’s existing procurement and supply chain operations – including manufacturing strategy, demand planning and internal roles and responsibilities – resulted in a redesign of the procurement programme, with a greater emphasis on long-term relationships with strategic suppliers. Efficio introduced new suppliers from a proven and well-established supply base in China and worked with the client to design and implement a multi-phased sourcing programme.

The company builds generators for the global power market. It provides a range of active and passive power solutions from small-scale equipment, such as generators for night-time motorway maintenance, to large-scale hospital or data centre backup supply.

The client manufactures its products from facilities in the UK, South Eastern Europe, India, and China. In 2018, it moved a significant part of its UK manufacturing operations to the European location, driven by the prospect of operating out of a more modern manufacturing facility with lower operational costs. While the move did reduce costs in some areas, the savings were not as substantial as had been expected. The company’s CEO was aware that a continued reliance on the legacy UK supply chain – which had been initially required to ensure a seamless transition – was a detriment to a more cost-effective sourcing strategy.

The company turned to Efficio for guidance to optimise costs for the new European operation, and it soon became apparent that reviewing the entire supply chain established across all the company’s operations would deliver significant results. There were a number of issues to initially resolve before proceeding with the project.

Data consolidation from multiple ERP systems in various countries was required, but the different manufacturing operations were not accustomed to working in concert to achieve economies of scale. Many existing supplier relationships were both long-standing and uncompetitive because the client did not routinely run competitive tenders in the sourcing process.

In addition, the client was carrying a large amount of unrequired inventory – worth up to $30 million in the European location alone – due to the lack of an effective material forecasting system.

The first phase established a focussed sourcing programme to target key direct material spend categories, with the intention of securing cost reductions. This was followed by a second phase to target longer-term opportunities that could deliver additional efficiencies through implementing more effective supplier relationships.

The multi-phased sourcing programme sought to introduce new suppliers from a proven and well-established supply base in China, which led to immediate and significant savings. Concurrently, Efficio conducted a full review of the organisation’s supply chain and procurement processes, including manufacturing strategy, demand planning, and internal roles and responsibilities. This led to a fundamental redesign of the procurement programme, particularly the development of a strategy to foster long-term strategic relationships with the new Chinese supply base.

Efficio also recommended fully outsourcing manufacturing requirements for a lower-end market segment so that the client could better compete with competitors, while remaining profitable in that segment.

Working with Efficio helped us realise the benefit of putting in place a more structured sourcing process to unlock the potential for savings in our supply chain. It gave us the conviction that going to market on a frequent basis would unlock additional value.

Working together with the client, Efficio was able to identify and successfully implement 5% savings in addressable third-party spend, doubling EBITDA and exceeding client expectations.

Additionally, the client’s new commercial arrangements became contractually protected, with over 80% of its external spend underpinned by multi-year agreements with suppliers, providing certainty around its core spend categories. Following the wider review of the firm’s supply chain and procurement arrangements, the process of implementing a new strategic procurement function is now underway.

In time, this will enable the global supply base to be managed on behalf of all manufacturing operations as a central function, creating further opportunities to leverage the company’s buying power.

The new procurement function is now in a much stronger internal position and is recognised as a true business partner. The value derived by procurement is tracked and reported on by finance, demonstrating the tangible benefit it makes to the bottom line in a way that can be scrutinised and verified by the wider business. 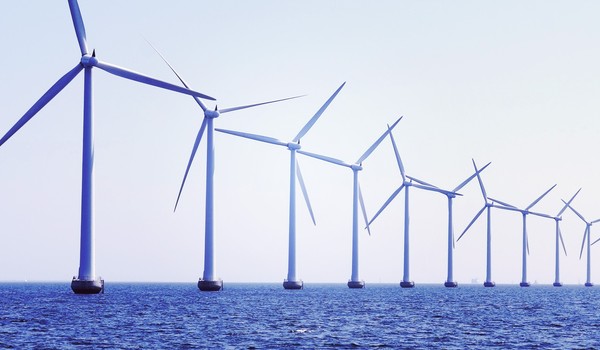 Efficio's rigorous process of identifying areas of improvement and obtaining best value from the market is considered market leading within Energy and Utilities.

Find out how we can help you